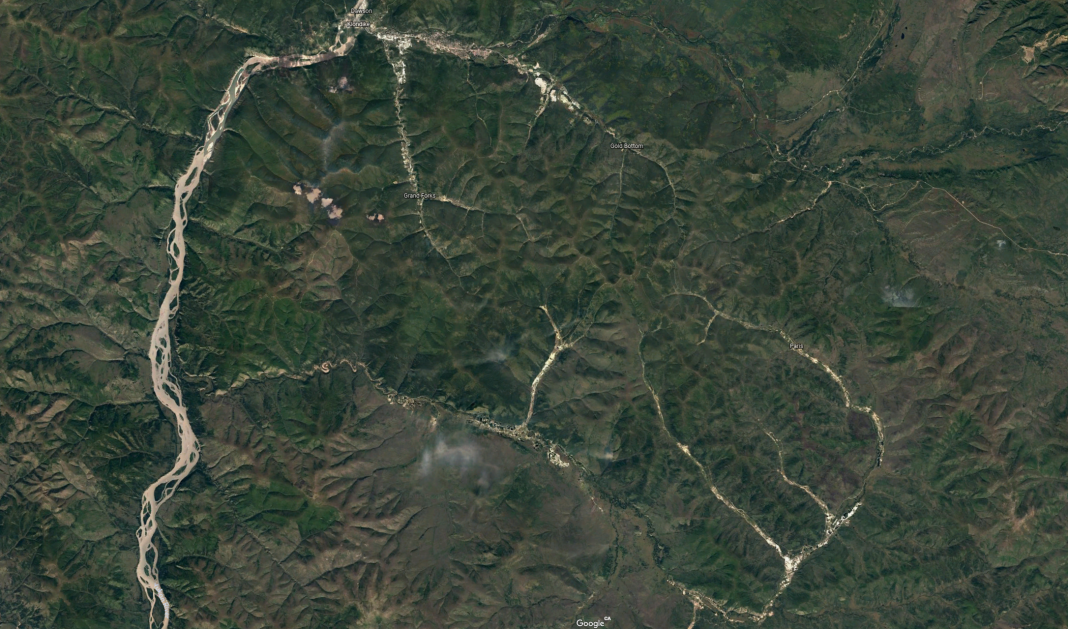 The last few weeks have been busy from an investing standpoint; I spent a week in the Yukon visiting some of the Territory’s most exciting projects, and then headed to Vancouver for the Sprott Natural Resource Symposium.

Over the course of the week in Vancouver, I had some great conversations with fellow investors, but I also came to a realization for how a segment of the retail market conducts their due diligence. I was surprised and disappointed by the number of investors who rely solely on quick rules of thumb to evaluate companies.

In my opinion, using rules of thumb in some portions of the due diligence process can have major consequences for the odds of success of your junior resource sector portfolio.

Each company is unique and should be analyzed on its own merits. Instead of approaching the evaluation of a company based on a few loose rules, I believe it’s pertinent to enter into the evaluation process with an open mind and to know that it all depends on circumstance.

It depends on the management team, the infrastructure, the topography, the depth of the mineralization, the grade, the type of metal, where you are in the market cycle, and many other variables.

In my experience, correctly piecing these variables together and forming an opinion with regards to valuation is how you can truly be successful in the junior resource sector. Only then can you take advantage of bear markets and buy the best quality stocks while they’re discounted.

Rules of thumb or personal preference criteria are best left at the periphery of due diligence, such as the narrowing down of your list of gold companies by jurisdiction. Many of these high level items are linked to risk and, in my opinion, are great ways to narrow your search for companies that fit your individual investment criteria.

Today, I’m going to give you an update on Klondike Gold, a company whose latest drill results may not be flashy headline-grabbing, high-grade gold hits, but from an analytical standpoint, show great promise for what may be an economic gold deposit.

Klondike Gold has hit the summer exploration season running, completing 5,000m of drilling, soil sampling and air borne surveys of the property. Through prospecting, they have also discovered 2 new areas with outcropping quartz veining with visible gold. This is a great body of work that they have completed since May, and it will enable them to expand upon their drill program this summer.

What does disseminated mean? Disseminated mineralization is characterized by small particles of a given mineral that is spread quite uniformly throughout the host rock. While assay results may not be as flashy as gold bearing quartz veins, a disseminated model enables companies to develop bulk tonnage deposits much faster.

Given Tallman’s success in proving his theory, thus far, I’m excited to see how he and his team continue to explore the property. Let’s take a look at some of the results from the 2018 exploration program; first with the Nugget Zone core re-sampling, the first 7 assay results from the 44 holes which have been drilled, thus far, in 2018, and finally, a note on the wildcat exploration target, the Gold Run Zone.

On July 10th 2018, Klondike released news on the assays from core re-sampling they performed on five holes as part of the re-evaluation of the Nugget Zone and Nugget Fault area. In 2015, when the core was originally evaluated, it was gold bearing quartz veins which were the focus. With the change in the geological model, which now incorporates disseminated gold, the core needed to be re-evaluated using a different method.

Klondike is off to a good start with these initial re-evaluations, and with further drill results from the Nugget Zone pending, we should receive an even better understanding of the Nugget Zone’s potential.

In 2017, roughly half of the interpreted strike length (approximately 2400m) of the Lone Star Zone was drilled and intercepted gold mineralization in each hole. The plan for 2018 is to expand on the 2017 drill program and to drill across another 550m along strike, by 250m down dip on 50m spacing. 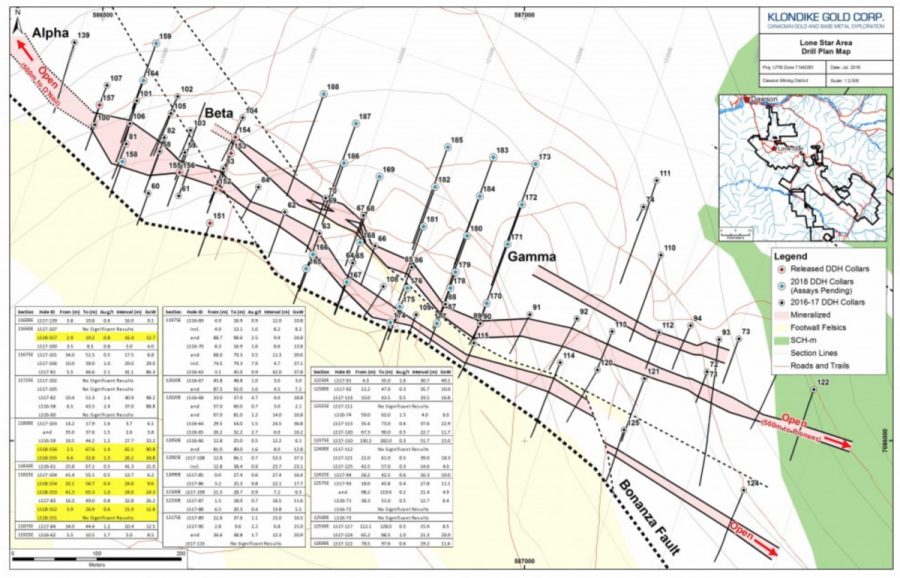 These are great results as the intersections start at surface and are entirely within 45 meters of surface. Dimensionally, they suggest that it could be a large body of disseminated gold. More results like this should be a great lead into a potential maiden resource on the property, possibly by the end of 2019 or in 2020. 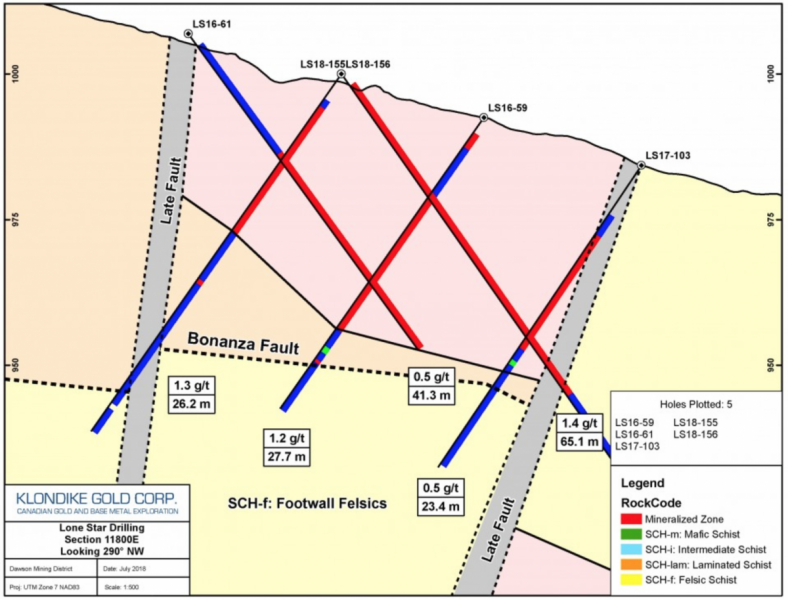 Gold Run is located on what Tallman believes is the same structure which controls the mineralization found in the Lone Star Zone, but as you can see in the image above, it sits about 55km away.  For this year’s program, Tallman decided to drill 4 holes on Gold Run to get a better idea of what it looks like. Although assays are still pending, when he aligns the area with the new airborne surveys, it looks a lot like Lone Star.

In my opinion, there are 2 conclusions to make from this; First, and arguably most importantly, the geological model Tallman created works. Secondly, following all of the work completed on Lone Star, the Gold Run Zone has a ton of potential in terms of gold mineralization.

Mineral exploration is a high stakes game and often ends poorly. In the case of Klondike Gold, however, the first portion of assays are very encouraging and have set the stage for what are, hopefully, more positive results in the coming weeks.

For those who may have missed my introductory article on the Klondike Gold story, here is a recap of the reasons I believe the Klondike team has high odds of success:

The Future of Gold Exploration Is Under Cover