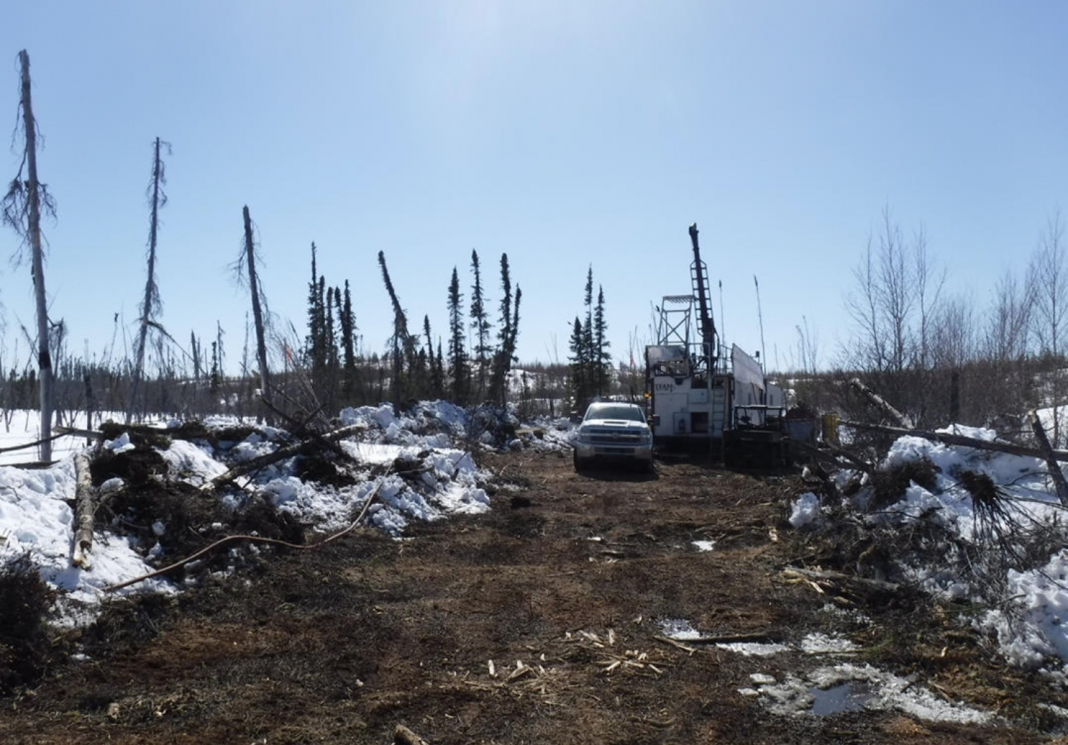 Taiga Gold is a lower-risk exploration play that has been further validated by SSR Mining, which recently paid Taiga $3 million to secure an 80% interest in the Fisher gold project in northern Saskatchewan. Taiga and SSR have now formed an 80-20 joint venture and Taiga will have to fund its 20% share of exploration expenses. Taiga also has a 2.5% NSR on most of the Fisher lands and receives a $100,000 annual advance royalty payment from SSR.

SSR has done most of the heavy lifting until now, spending more than $12 million exploring the gold system on Taiga’s 34,000-hectare Fisher property, on trend with SSR’s Seabee gold project. That’s $8 million more than the required $4-million exploration spend mandated under the initial deal, and includes more than 34,000 metres of drilling. Money talks and that spend speaks volumes, even before SSR (rather belatedly) optioned in for a 60% interest — and then a further 80% interest in short order.

At Seabee, SSR is mining high-grade gold in narrow veins along the Santoy shear zone, which continues onto the Fisher property. SSR’s drilling has confirmed it — 2020 highlight assays from four discovery areas at Fisher included 13.74 g/t over 2.29m, 12.13 g/t over 1.5m and 9.1 g/t over 1.92m. Assays are pending on further holes.

SSR bought Claude Resources for $337 million in shares in early 2016, months after Taiga parent company Eagle Plains Resources (EPL-V) had secured its Saskatchewan land position that was subsequently spun out into Taiga. Starting in 2017 SSR spent a further $90 million to upgrade Seabee, where production is ramping up. For example, Q4 2020 production at Seabee was 32,000 ounces of gold, which made up almost 40% of total 2020 production of 82,000 oz. 2021 guidance for Seabee is 95-105,000 ounces.

Eventually SSR will want to purchase the other 20% of Fisher that Taiga owns. Ownership of Taiga Gold shares at these levels is a bet on SSR Mining paying more, probably much more, than the $16 million that Taiga is now worth in order to secure Fisher.

Eagle Plains CEO Tim Termuende also runs Taiga Gold, and he’s starred in this kind of movie before. In 2011, as CEO of Copper Canyon Resources, he fought off a hostile bid by JV partner Novagold for Copper Canyon’s 40% stake in a copper-gold-silver property adjacent to the Galore Creek project. Novagold sweetened its initial offer from 60 cents to $1.05 a share, or about $60 million (Novagold subsequently sold its Galore Creek stake to Newmont). One important difference: Galore Creek was/is a development project, while Fisher will likely be a near-term producing asset for SSR.

Termuende’s Copper Canyon experience, and the high-grade gold endowment on the large Fisher property, should ensure a similarly happy ending for Taiga shareholders. Taiga shares more than doubled last year and I expect 2021 to be kind as well.

There is also action on other Taiga fronts. JV partner SKRR Exploration (SKRR-C) is mobilizing for a 1,600-metre winter drill program at Taiga’s Leland property 23 kilometres southwest of Seabee. SKRR can earn up to a 75% interest in Leland. Taiga has optioned its SAM project to a private company and has the Chico, Orchid and Mari Lake gold projects, all in Saskatchewan.

[UPDATE] SSR Mining (SSRM-NASDAQ/TSX) released their quarterly report on February 17, 2021 with important drill results from the Fisher JV after the original Resource Opportunities letter was published.

In 2020Q4, drills returned to the Mac North Zone, one of the four separate discovery zones, to further test the area around the discovery by drilling over a down-plunge area of 250m x 600m. Latest results show continuous, high-grade mineralization was delineated at the Mac North. Widespread mineralization is open in all directions. The geological model is holding true with high predictability and now that they’ve shown this has the potential to grow, this area will now be considered a resource definition target. This is the second big milestone for Taiga in just over a month.

Resource Opportunities is an investment newsletter founded by geologist Lawrence Roulston in 1998. The publication focuses on identifying early stage mining and energy companies with the potential for outsized return.

About the author: James Kwantes is the editor of Resource Opportunities, a subscriber supported junior mining investment publication. Mr. Kwantes has two decades of journalism experience and was the mining reporter at the Vancouver Sun.

Disclosure: Author owns shares of some of the companies mentioned in this article at the time of publishing and may choose to buy or sell at any time without notice.

Important Disclaimer: The work included in this article is based on current events, technical charts, company news releases, and the author’s opinions. I have not been compensated for covering any company mentioned. I am not a certified financial analyst, licensed broker, fund dealer, exempt market dealer nor hold a professional license to offer investment advice. We provide no legal opinion in regard to accounting, tax or law. Nothing in an article, report, commentary, interview, and other content constitutes or can be construed as investment advice or an offer or solicitation to buy or sell stock or commodity. Information is obtained from research of public media, news, original source documents and content available on the company’s website, regulatory filings, various stock exchange websites, and stock information services, through discussions with company representatives, agents, other professionals and investors, and field visits. While the information is believed to be accurate and reliable, it is not guaranteed or implied to be so.

SSR Mining: I Hear They’ve Got A Taiga By The Tail...

Why Uranium and Why Now