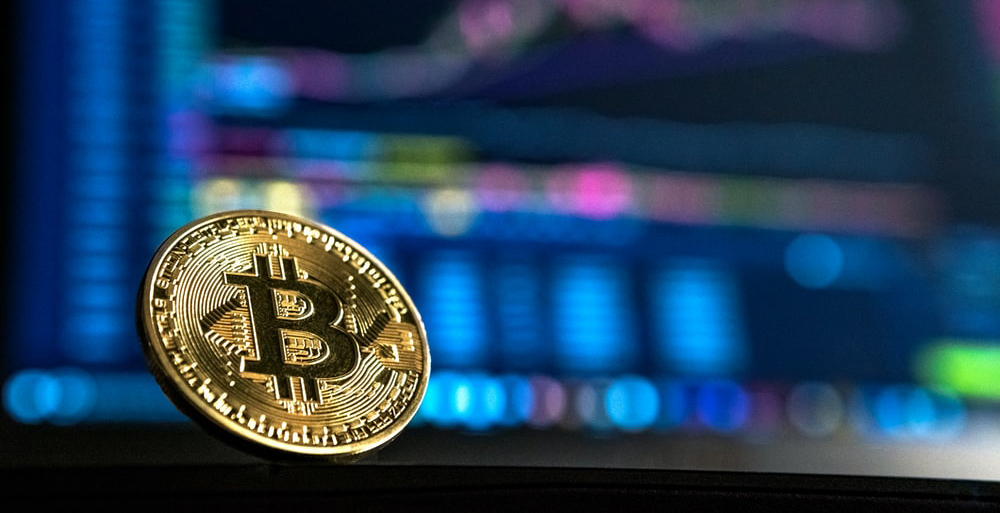 Typically, the stock of a company which mines or drills for, say, oil, gold or iron ore is more volatile than the underlying commodity. So when the commodity rises, the stock of the commodity producer usually increases more on a percentage basis, and vice versa. That linkage also holds between Bitcoin and Bitcoin miners, but the amplitude of the moves may be the most pronounced of any commodity.

For example, when Bitcoin began to move markedly higher just after the last Bitcoin halving event in May 2020 (see just below), the digital currency soared more 500% over the subsequent nine months. Over the same period, the stocks of two of the largest Bitcoin miners, Riot Blockchain Inc. (NASDAQ: RIOT) and Marathon Digital Holdings, Inc. (NASDAQ: MARA), jumped even more astonishingly, 1,500+% and 2,300%, respectively. See Figure 1 which depicts the relative performance since mid-2019 of the stocks of four leading Bitcoin miners — Riot, Marathon, Bitfarms Ltd. (NASDAQ: BITF), and Hut 8 Mining Corp. (NASDAQ: HUT) — to that of Bitcoin itself. Each stock and the digital currency are presented in index form where 100 is the uniform starting point.

(After the creation of every 210,000 blocks in the Bitcoin blockchain through miners’ solving that number of complex math problems, which takes approximately every four years, the block reward for each solution is halved. As of May 11, 2020, the winning miner from the hash process receives 6.25 Bitcoin, plus transaction costs, down from 12.5, 25, and 50 in the previous four-year periods, respectively.)

Figure 1: Relative Performance of Bitcoin Miners Versus Bitcoin (Since Mid-2019) 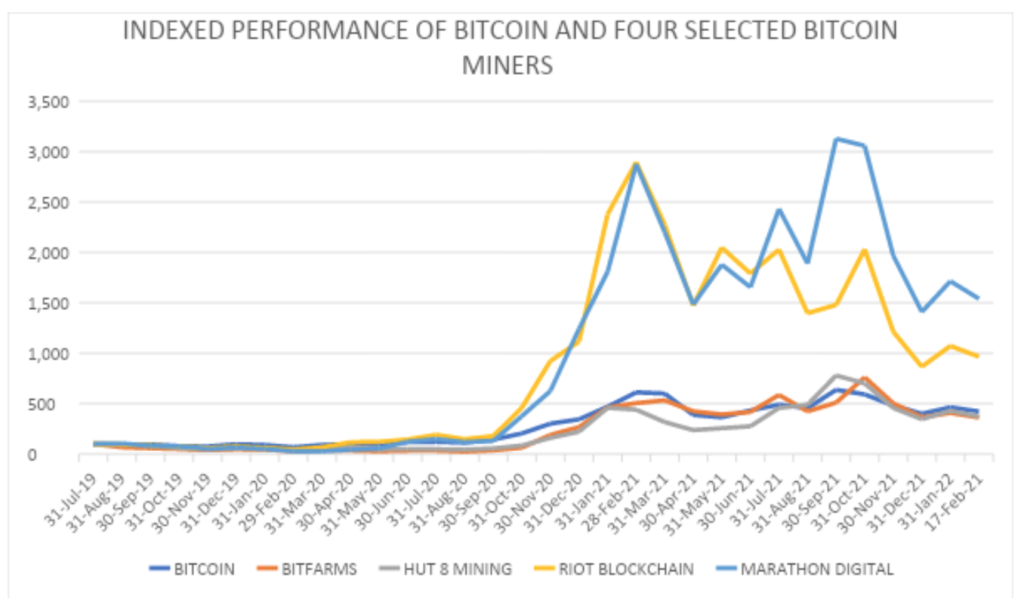 Likewise, a similar performance multiplier generally holds on the downside. Since peaking in early November 2021, Bitcoin has lost 40% of its value. By comparison, the stock prices of Riot Blockchain and Marathon have plummeted around 80% and 70%, respectively, since that date.

If this pattern holds, then the recent weakness in the Bitcoin miners, particularly in Bitfarms, subsequently creates an interesting opportunity for risk-tolerant investors. In broad terms, Bitfarms will likely operate at an approximate 75% gross margin — even if Bitcoin were to fall to the US$30,000 range. Therefore, if Bitcoin prices were to trade at this level, on average, over the next twelve months, Bitfarms’ resultant forward enterprise value (EV)-to-EBITDA ratio is a very reasonable 5.1x. Comparatively, if the current US$40,600 Bitcoin price were to hold, on average, over the next year, Bitfarms’s forward EV-to-EBITDA ratio moves to a very low 3.5x. See details below.

Based on the companies’ January 2022 Bitcoin production rates — 301, 458, 462.1, and 308 for Bitfarms, Riot, Marathon, and Hut 8, respectively — and the Bitcoin miners’ average production costs, we compute the current annualized EBITDA run rates for all four firms.  See Table 1 for details. 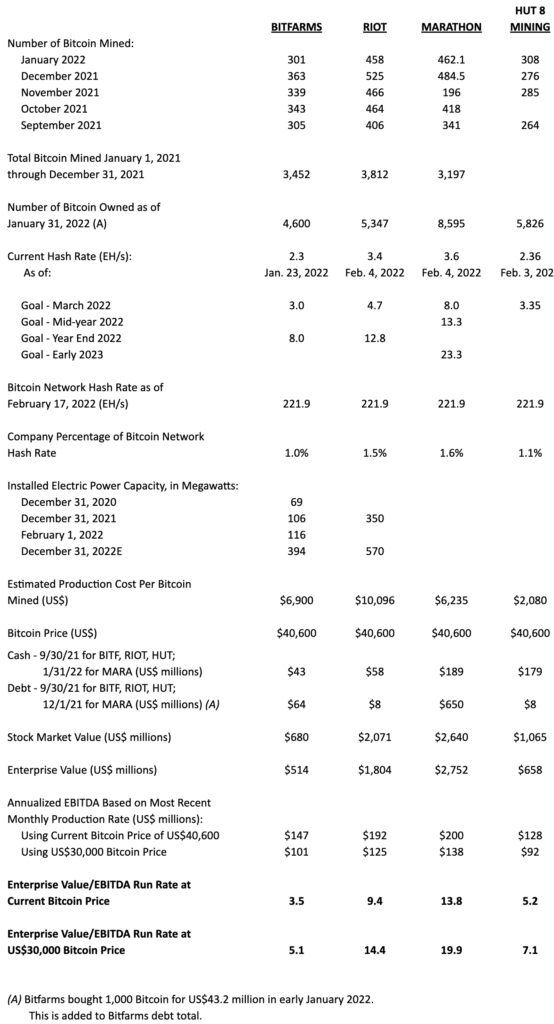 Of the four largest Bitcoin miners, Bitfarms has the lowest EV-EBITDA

As a consequence, Bitfarms trades at an EV-to-run rate EBITDA ratio of only 3.5x assuming current Bitcoin prices hold for the next twelve months. Indeed, a 3.5x cash flow ratio is extremely low for a company with the growth profile of Bitfarms. In addition, it expects to increase its computing power, or hash rate, to 8.0 Exahash per second (EH/s) by year-end 2022 versus its currently capacity of 2.3 EH/s. It should be noted that none of this increase in computing power is reflected in our pro forma cash flow estimates.

(Hash rate is a measure of how many times a firm’s computing network can attempt to complete a difficult math problem each second. The answer to that problem is a long string of numbers, which is called a hash, or proof of work. One EH/s represents the ability to compute one quintillion hashes per second.)

Interestingly, the same set of calculations done at a much lower Bitcoin price, US$30,000, yields cash flow multiples of 5.1x, 14.4x, 19.9x, and 7.1x for Bitfarms, Riot, Marathon, and Hut 8, respectively. Even at this lower digital currency price, down about 25% from current levels, Bitfarms’ subsequent cash flow valuation looks quite reasonable.