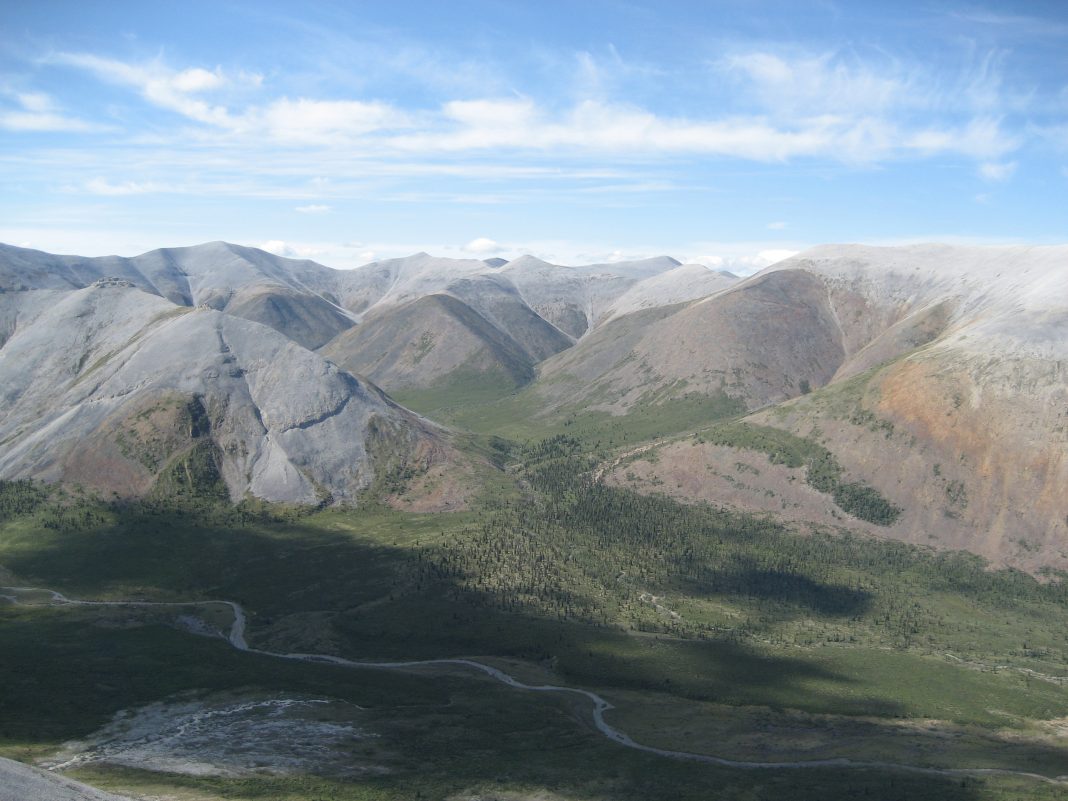 Klondike Gold is one of three Resource Opportunities sponsor companies.

It’s early afternoon on an overcast Yukon day and CEO Peter Tallman is in show and tell mode at Lone Star, one of Klondike Gold’s properties in the heart of the historic Klondike goldfields. The geologist is dressed in old jeans, a flannel shirt, muddy gumboots and a baseball cap. The trip to the rugged property outside of Dawson City had Tallman’s pickup truck bouncing and bucking like an ornery bull with a rider on its back. It’s 3,000 kilometres and a world away from Vancouver’s Howe Street, a global centre for mining exploration finance.

The Lone Star mine was one of only a handful of bedrock gold mines in the Yukon, albeit a small-scale operation. The mine produced a small amount of gold at average grades of about 5.2 g/t Au between 1911 and 1914. Exhibit A is a faded wooden two-storey building, constructed in 1908 and visibly leaning. The building was abandoned circa World War 1, although it was reinforced and has been used since for various purposes. Nearby are high-grade surface and underground vein workings. 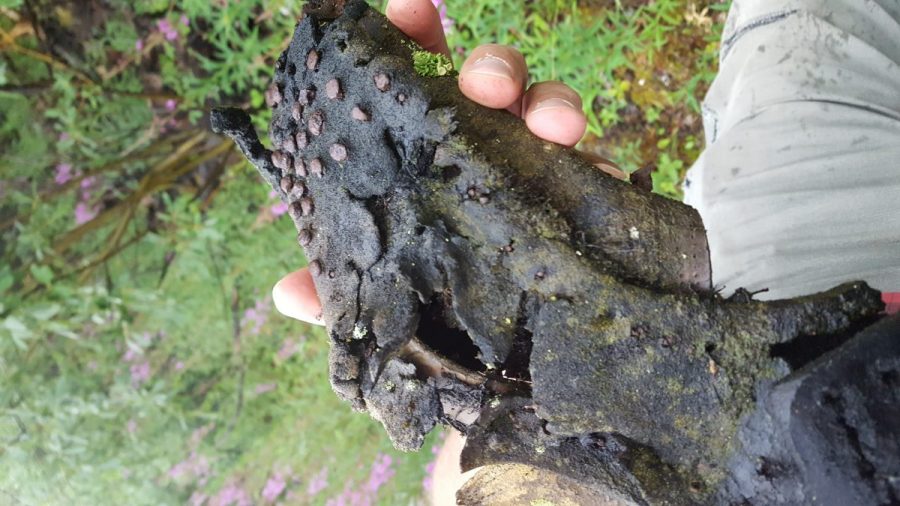 As Tallman walks through high grass toward the sun-burnt structure, he spots something and stops to pick it up. Exhibit B: a dilapidated shoe, several rusted metal tacks keeping the sole on. Tallman marvels at the resilience of the oldtimers, as he outlines his own plans to develop an economic gold deposit on the property.

“Imagine you’re working in minus 30 and wearing these on your feet,” he says, shaking his head.

Inside the dilapidated building are glimpses of the lengths to which fortune seekers would go – and the distances they would travel – in search of gold. After catching up on the news, the miners would line the walls with their newspapers – makeshift insulation in a land where winter temperatures routinely drop below -20 Celsius (-4 Fahrenheit). Posted alongside English-language newspapers from Winnipeg, Toronto and Montreal are broadsheets in Swedish and German.

In the Yukon, these bedrock miners were an anomaly. The Yukon Geological Society estimates that 20 million ounces of gold have been pulled from Klondike-area creeks and gravel beds since 1896. Virtually all of it, of course, has been alluvial gold. The lack of bedrock sources for the gold is one of the enduring riddles of the Yukon, where placer gold mining remains one of the largest industries. Several stores in Dawson City still accept gold nuggets as currency. 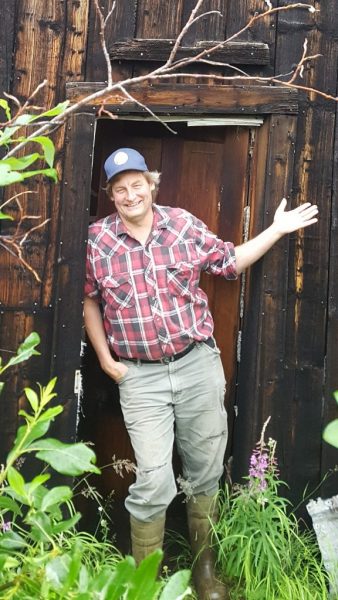 Tallman’s goal is to systematically explore the property and identify an open-pittable gold deposit of more than 1 million ounces, for starters. He joined Klondike Gold in December 2013. But before he got to the geology, Tallman spent most of the first year and a half cleaning up the corporate structure and rebuilding relationships in the Yukon. Predecessor companies had raised a lot of money, dug a trench that could be seen from space and constructed some Cadillac core shacks. But little was spent on systematic property-wide exploration, and not much accomplished.

This year’s exploration budget is $2.5 million, Klondike Gold’s largest program yet. Work will include 5,000 to 7,000 metres of drilling, as well as continued soil sampling and ground magnetics. The plan builds on last year’s exploration program ($2 million spent) and the Lone Star discovery of 2016, when Klondike spent $750,000 on exploration.

There is high-grade gold on the Lone Star property, as drill intercepts from both 2016 and 2017 have shown. They included:

But key to a new geological interpretation is the presence of disseminated lower-grade gold, which builds ounces even though it doesn’t generate sexy headlines. The new interpretation was the focus of a PhD thesis from Leeds geology student Matt Grimshaw, who will be back this summer helping SRK Consulting map the entire property. Tallman thinks as much as 90% of the gold in the Klondike could be disseminated.

Tallman has identified four faults that control gold mineralization at Lone Star: the Bonanza, Nugget, Eldorado and Irish faults. The gold was forced up through the faults and formed veins or was disseminated. Tallman’s theory is that those faults, in turn, are controlled by the Rabbit Creek Thrust, which he believes could run the entire length of Klondike’s 55-km claims holdings. 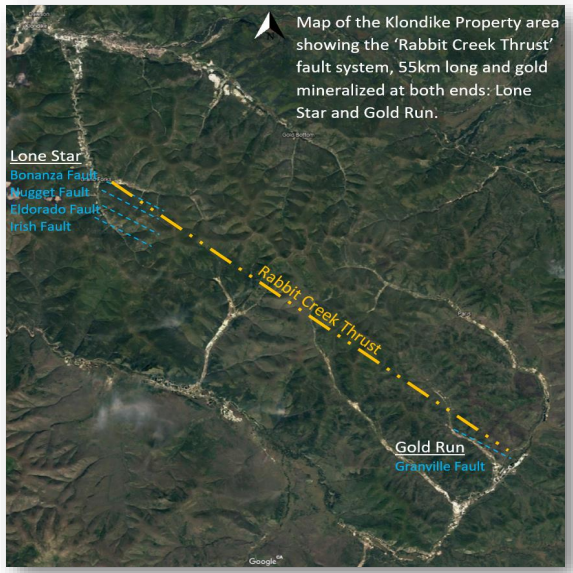 “Do we know that these gold-bearing structures, that we’ve proven are at Lone Star, do they extend across the entire 55-kilometre structure?” Tallman says.

Determining the answer to that question is the goal of the 2018 exploration program, which will include drilling at Gold Run at the southern end of Klondike’s property.

Klondike Gold has a dominant land position in a district where the mining of gold is already a multi-million-dollar business. A few numbers give a sense of just how large Klondike Gold’s property package is. The company owns 2,780 quartz claims, which make up 553 square kilometres to form a district that is 55 kilometres long. Road access is excellent – an important feature in a territory where planes and helicopters are common but expensive tools of modern gold exploration.

And the infrastructure is about to get better. The $360-million “Roads to Resources” plan announced last year by the Canadian and Yukon governments includes reconstruction of two roads that run through Klondike’s claims. The road connecting Goldcorp’s Coffee to Dawson City also goes through Klondike Gold claims. Goldcorp bought Kaminak Gold and its Coffee deposit — 120 kilometres south of Klondike’s claims — for $520 million in 2016. The takeover was part of a flood of Yukon investments from gold producers including Barrick and Newmont.

Tallman is building long-term shareholder value at Klondike Gold, so it’s a play that requires patience. On that front, it helps having deep-pocketed shareholders who take a long-term view of their mining exploration investments. Among them are billionaires Frank Giustra (14%), Eric Sprott (13%) and Francesco Aquilini, whose family owns the Vancouver Canucks hockey team. About 56% of Klondike’s shares are held by the top 20 shareholders.

A series of financings has the company fully funded for both this year and next. Klondike Gold has $6.5 million in the treasury and about $7.4 million worth of warrants. 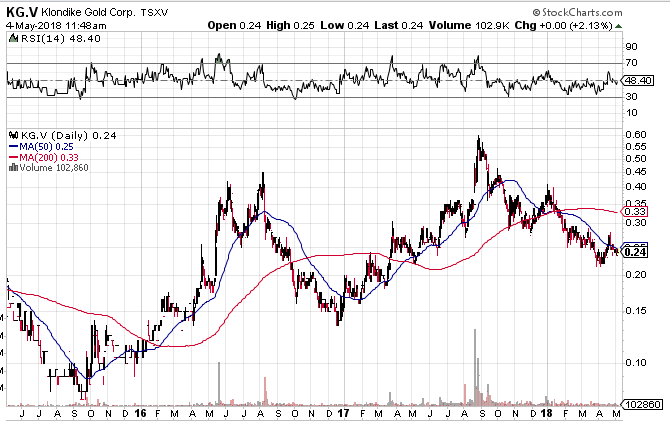 Since bottoming in the fall of 2016, Klondike shares have been making higher highs and higher lows. Tallman has been buying stock in the open market this year, at prices ranging from 22-24 cents. The purchases take his stake in the company to about 2.7 million shares, or 2.8% of outstanding shares.

Disclosure: Klondike Gold is one of three Resource Opportunities sponsor companies and James Kwantes owns Klondike Gold shares. Readers are advised that this article is solely for information purposes. Readers are encouraged to conduct their own research and due diligence, and/or obtain professional advice. The information is based on sources which the publisher believes to be reliable, but is not guaranteed to be accurate, and does not purport to be a complete statement or summary of the available data.

Copyright​: This publication may not be reproduced in whole or in part, in any form, without the express permission of the publisher. Permission is given to extract parts of the report for inclusion or review in other publications only if credit is given, including the name and address of the publisher.