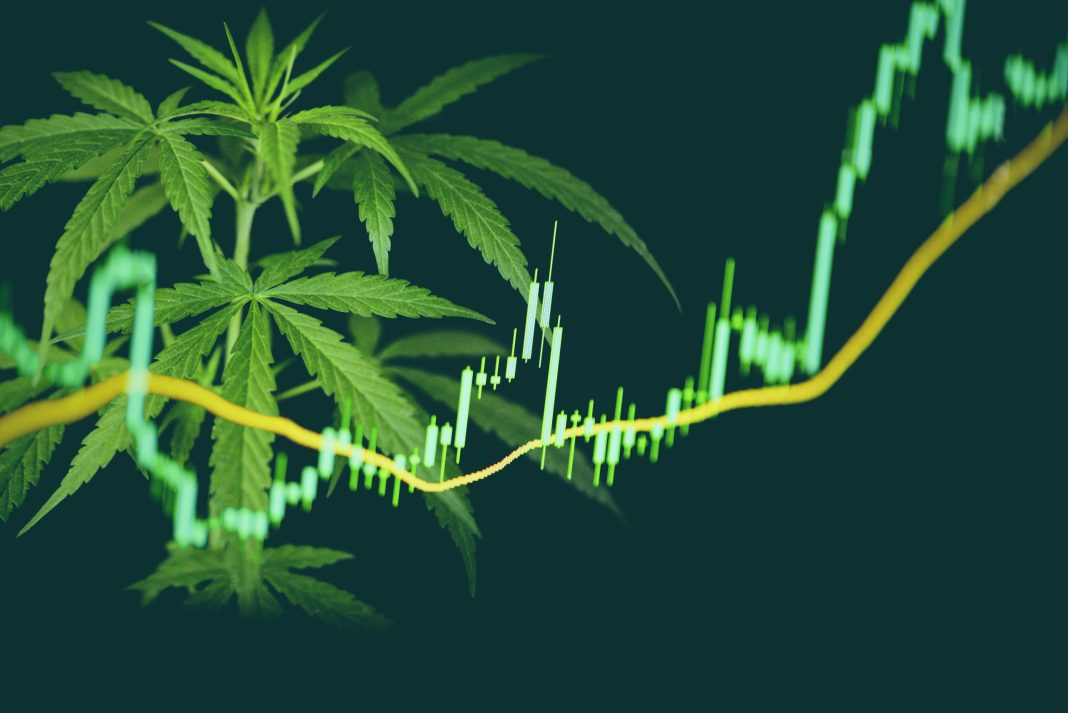 A landmark bill tabled in the House of Representatives on Monday may mark the end of the United States’ 90-year cannabis prohibition. The news comes as a boon to Canadian growers who are poised to capitalize on this titanic untapped market after a year of attrition on the TSX.

2020 was a year of growing pains for the fledgling cannabis industry. After strong growth through Spring 2019, investor enthusiasm fell with sector-wide losses due to oversupply in domestic markets. It was clear that the Canadian consumer base had been tapped out. Shares tumbled for Canadian licensed producers (LPs) like Aurora Cannabis (ACB:TSX), whose stock fell 95% over the course of 2020/21.

In spite of these short-term losses, Canadian LPs have remained aggressive with competitor acquisitions and diversified product launches. These bullish strategies are spurred by the potential of the yet-unrealized American market, which is now set to be unleashed as the US moves toward federal legalization.

While recreational cannabis use has been legalized in 16 states to date, the controversial federal prohibition still inhibits the establishment of a national market. But with 60% of the American population supporting legalization, it is clear that times are changing fast. This sentiment was further bolstered on Monday when Republican lawmaker Nancy Mace tabled a bill that would end federal prohibition. With support from both sides of the house, it’s unlikely that the US market stays closed for much longer.

Once the US market emerges, established LPs with large-scale market experience and developed production infrastructure will have an early jump on competitors. Canadian LPs are acting on this knowledge with early moves into the US market with non-THC product launches and stakes in American LPs. Take a look at three cannabis producers who are well-positioned to profit from the next wave of legalization.

Canopy Growth Corp (WEED:TSX) inked a groundbreaking deal in September, 2021 to distribute its Whisl CBD vape pen at 3,000 Circle K locations across the US. The company also set the stage for large-scale production in the American market with its 2019 partnership with US-based LP Acreage Holdings (ACRG:CNSX). Acreage already operates in 11 states with a comprehensive business model that encompasses growing and distribution.

Cronos Holdings (CRON:TSX) obtained an early lead into the US market in 2019 when American tobacco giant Altria (MO:NYSE) purchased a 45% stake in the Canadian LP. Altria’s long-standing US market presence will prove beneficial to Cronos upon federal legalization. Cronos continued to widen its US market exposure in June, 2021 with a 10.5% stake in American LP Pharma, a vertically integrated cannabis company currently active in 8 states. The minority investment suggests that Cronos may continue to acquire stakes in other American LPs in the future.

Aurora Cannabis Inc. (ACB:TSX), once the poster child of the booming cannabis market, looked to rebound from its year-on-year price collapse with a decisive move into the US market in May, 2021 with the acquisition of CBD company Reliva. Aurora has already proven itself on the international stage as Canada’s leader in medical marijuana exports. Their operations in 12 countries worldwide has given them a keen ability to navigate in different regulatory frameworks. Their proprietary CBD brand has already made waves in the American market while efforts are underway to acquire growing facilities south of the border.

Despite the volatile numbers typical of an infant market, the cannabis industry is not going anywhere. An investment in Canadian LPs at these prices is a ground floor ticket to an inevitable resurgence.

Disclaimer: I am not a certified financial analyst, licensed broker, fund dealer, exempt market dealer nor hold a professional license to offer investment advice. Always conduct your own thorough due diligence and talk to a licensed investment adviser prior to making any investment decisions.