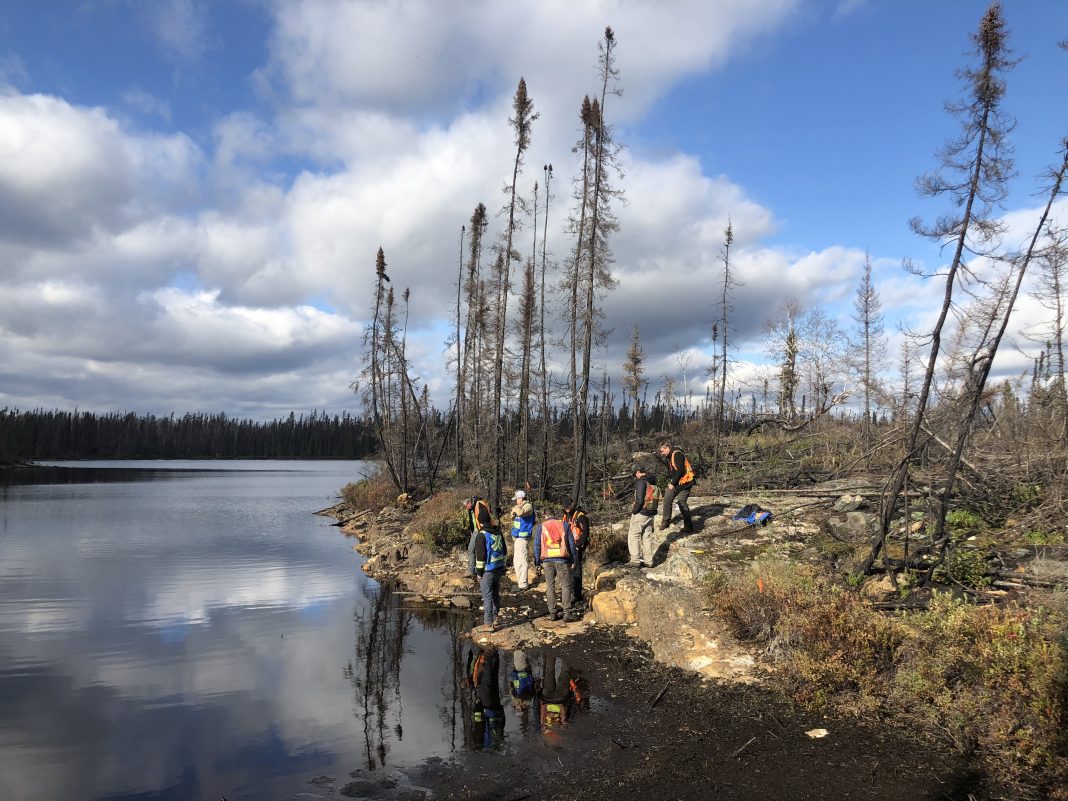 Taiga Gold (TGC-CSE, TGGDF-OTC) Taiga shares have caught a bid after some stellar drill results from SSR Mining, which is exploring Taiga’s Fisher property to the south of and adjacent to the Seabee/Santoy mine complex in northern Saskatchewan. SSR is investing serious money at Fisher — $10.3 million and counting, about 2.5X the commitments mandated in the option agreement.

SSR’s option agreement is for an initial 60% of the Fisher property; the terms have been fulfilled but SSR has yet to exercise the option. SSR can earn an additional 20% (maximum 80%) by paying Taiga $3 million within a year of exercising the initial option. Taiga has other Saskatchewan properties being explored both by themselves and partners, but Fisher is the main show here. 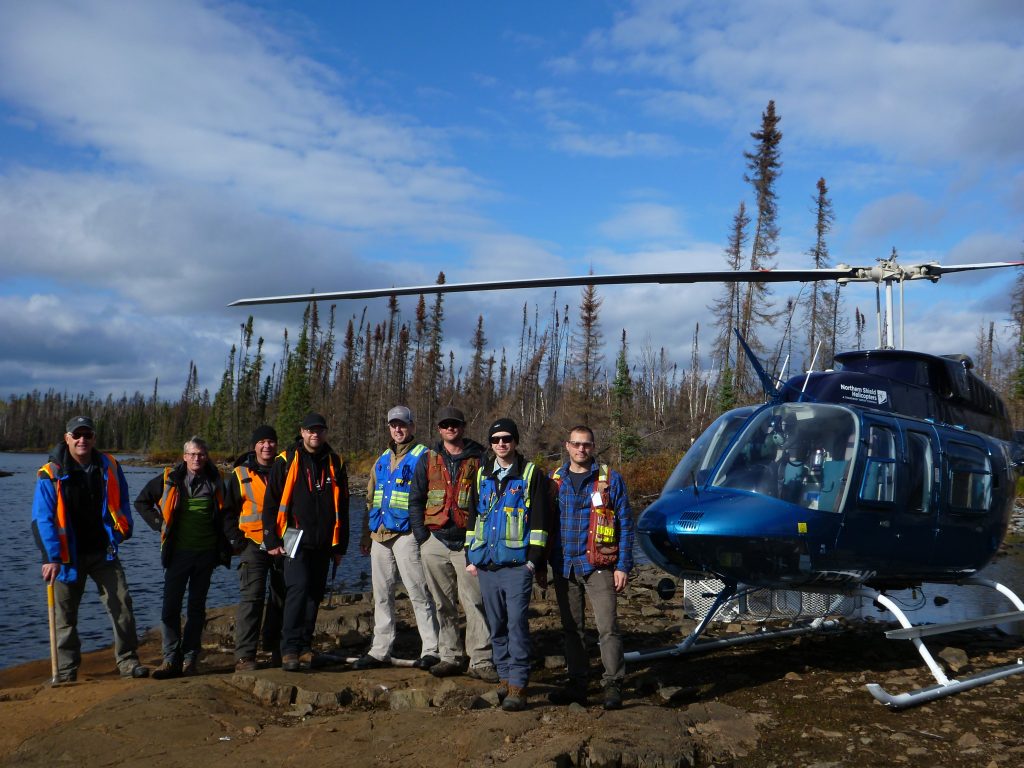 SSR is mining 1-2 metre-wide veins at Santoy, at grades between 8 and 10 g/t gold. The company’s latest hits at Taiga’s Fisher property fit nicely into that range, with high-grade mineralization intercepted at three of the four targets SSRM tested (and visible gold in several holes). The Yin and Abel Lake hits are very near SSRM’s property boundary. Highlights:

Taiga parent Eagle Plains Resources (EPL-V) secured the Fisher property just as SSR was buying previous Seabee/Santoy owner Claude Resources. SSR’s other operations are in Nevada (Marigold) and Argentina (Puna). In May SSR Mining and Alacer Gold announced a merger of equals. Alacer’s flagship asset is a large gold mine in Turkey, not the friendliest jurisdiction despite its impressive mineral endowment. Acquiring further gold in the ground in safe Saskatchewan — i.e. buying the other 20% of Fisher after exercising the option — strikes me as the logical course of action for this newly structured producer.

Taiga shares traded into the high .20s in the last half of May on news of the exploration results, but have since settled back under 20 cents. I expect them to revisit those highs and likely move beyond them. News flow from SSRM on Fisher is lumpy, so there should be opportunities to stalk Taiga shares for patient speculators.

It’s not just Fisher — SKRR Exploration (SKRR-V) has just launched a work program at Taiga’s Leland property 20 kilometres south of Seabee. SKRR is backed by Ron Netolitzky and can earn a 75% interest in Leland by spending $3M on exploration and paying Taiga $500,000 cash and 1.5M SKRR shares over a three-year period. Taiga has staked to further expand its Orchid property 70 km south of Seabee and started field work on its SAM property, located 15 kilometres east of Flin Flon, Manitoba near the Sask./Manitoba border. SAM has the potential for both orogenic gold and VMS-style mineralization, according to Taiga. Taiga CEO Tim Termuende knows he likely has a limited window of opportunity to create value at Taiga Gold, and he’s determined to make the most of it.

Despite Taiga’s run, the company still only has a fully diluted market cap of about $20M. Termuende has been in this position before with a larger company — he sold Copper Canyon Resources and its 40% stake in the Copper Canyon copper-gold-silver property to Novagold for $54.4 million. That deal followed an earlier $34.1-million hostile bid from Novagold, which was rebuffed. The final takeover amounted to a 150% premium to where Copper Canyon shares were trading prior to the hostile bid. I plan to hold onto all my Taiga shares until the M&A event, which I view as highly likely.

Disclaimer: James Kwantes owns Taiga Gold shares and warrants. The material contained herein is solely for information purposes. Readers are encouraged to conduct their own research and due diligence, and/or obtain professional advice.

Profit from this gold bull market by joining the Resource Opportunities Premium List! Use coupon code “CEO” to save US$100 on regular subscription prices of US$299 for 1 year or US$449 for 2 years.

About the author: James Kwantes is the editor of Resource Opportunities, a subscriber supported junior mining investment publication. Mr. Kwantes has two decades of journalism experience and was the mining reporter at the Vancouver Sun. Twitter: @JamesKwantes

Resource Opportunities is a subscriber supported investment newsletter founded by geologist Lawrence Roulston in 1998. The publication became a leading source of independent information on small junior mining companies during the commodities bull market of 2004-2011. In 2015, Vancouver Sun mining reporter James Kwantes became the new editor of Resource Opportunities. Mr. Kwantes is an accomplished reporter and editor with over 20 years of experience. His interviews with leading mining and energy figures, and focus on the best quality projects and management teams, sets James apart from other mining writers.