Home Mining Doozy of a News Release but not Surprising Zijin is Trying to... 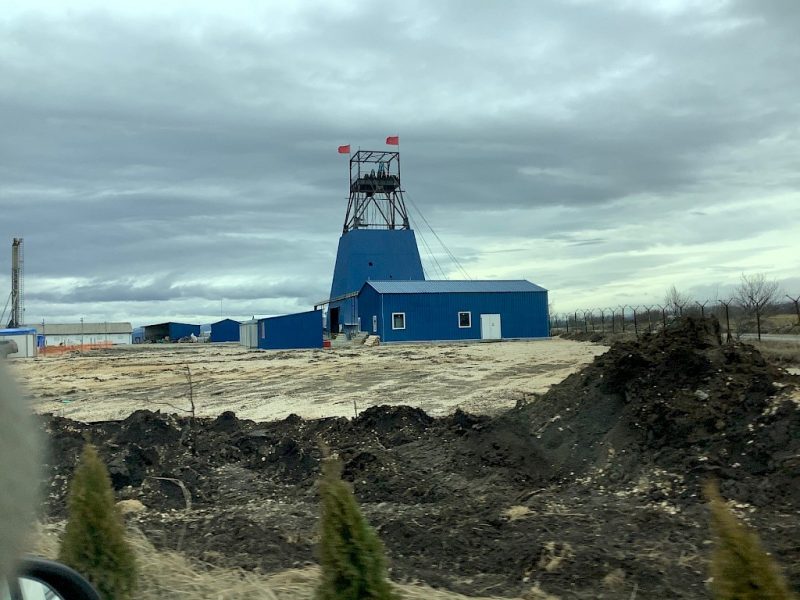 EMX put out a bit of a doozy of a news release on December 17: they started arbitration proceedings against Zijin Mining.

This takes a bit of explaining, so let me start with my conclusion:

Zijin owns the Timok project in Serbia. The Chinese company bought Timok by buying Nevsun Resources in 2018. Since buying the asset Zijin has pushed it ahead rapidly and the first phase is now starting production.

EMX owns a 0.5% net smelter returns royalty on Timok. The backstory here is complicated yet relevant: Timok used to be a Freeport project. They sold the asset to Euromax Resources, who didn’t do much with the ground before selling to Reservoir Minerals. Reservoir was created from EMX, to advance EMX’s Serbian assets (a good reminder that EMX has been around a long time and has been a first mover in a lot of highly prospective areas!). Reservoir went out and secured a regional strategic alliance with Freeport, to help it explore its significant land holdings in the region.

The deal with Freeport reserved royalties for Reservoir on anything they found but Timok got a special set of conditions. Because they had owned it previously (and therefore, I suppose, they feel they had seen promise in the grounds even before Reservoir), Freeport asked to be able to dilute the royalty on Timok down from 0.5% (the standard NSR in the deal) to 0.125% by spending directly on the project. Reservoir agreed.

I had a long talk with Dave Cole, EMX president, about this. He emphasized that the Timok-specific part of the deal is written “as if they expected this to happen”. (If you want to see the deal itself, it is filed on SEDAR.) And perhaps it was written with that in mind – projects and royalties get bought and sold all the time, so the terms of this dilution clause had to be clear.

The terms state that the 0.5% NSR royalty is diluted if Freeport McMoRan spends money directly at Timok, to earn (increase) its stake in the project.

… the royalty clause specifically says that spending money in this way, to  increase ownership of a company that owns the project, not on the project itself, does not dilute the royalty.

Then – and this is important – the deal also states that the dilution clause does not transfer to successor owners. Only Freeport could dilute the royalty. So, when Freeport sold to Zijin, the ability to dilute dissolved.

Zijin is now saying that the royalty is 0.125%. They argue that what Freeport spent to earn into the company that held the project did indeed dilute the royalty. It’s not a surprise that they would try. I think almost any company would, given this is a major royalty.

The mine Zijin just built will pay EMX a nice, though not dramatic amount. This mine taps the Upper Zone, which is high grade but not large. Based on the prefeasibility level plans that Nevsun published before being bought by Zijin, a 0.5% royalty on the Upper Zone mine should pay EMX something like $4 million a year for ten years.

The numbers get much bigger should Zijin expand into the Lower Zone, which is lower grade but much larger and over which the royalty also applies (something like US$60 million over a two-decade life of mine).

I can understand Zijin trying to pay a quarter of 0.5% rather than the full amount. Importantly, I think, Zijin is not denying that the royalty exists. They are just trying to pay less.

EMX saw this potential coming. They asked two different independent law groups to assess the deal. Both groups came back with the same conclusion: the thing that would have diluted the royalty did not happen and so the royalty remains at 0.5%.

Now it’s up to an arbitrator to decide – well, three arbitrators. This is important. This is a dispute between two BC companies: Euromax, from whom EMX acquired the royalty, and Nevsun, which owns the mine and which Zijin owns. As such it will be settled through the BC arbitration process. Rather than a court case that could easily drag on for years, this dispute should be settled in six to nine months. Each party chooses an arbitrator, the arbitration court chooses a third arbitrator, each party presents its case, and the panel makes a decision.

And that decision is binding. There’s something called the New York Arbitration Convention, the signatories to which agree that arbitration results in any member state are applicable in all member states. BC is a party to the convention; so are both Serbia and China. The BC arbitration process will be the process.

And once that decision is rendered, Zijin will heed. Zijin has operations and partners all over the world. They can’t be – and haven’t been – maverick in their business dealings.

The Timok royalty is important for EMX. It will pay roughly $4 million a year for the next decade just based on the Upper Zone. But I emphasize the ‘roughly’ there. As a private company, Zijin does not have to give out much information about Timok. The last report we all had on the project was Nevsun’s prefeasibility study from 2018. Three-plus years later, Zijin has put the Upper Zone into production, based on a mine plan that no one else has seen.

Without a mine plan, no one can calculate what Timok will pay out to EMX. That makes it hard to know what EMX should be worth. I know the inability to forecast for investors how much money EMX will get from this asset makes Cole want to tear his hair out. It doesn’t help that another of EMX’s royalties is in the same situation: the Balya mine is run by a private Turkish company that also does not have to report on its actions, so EMX can’t discuss resources or reserves or production plans for that mine either. Cole says that group is planning to do a resource/reserve and basic mine plan report in H1, which would be great as Cole has told me many times that they “keep finding more ore at Balya!” but, without a published report, there’s nothing EMX can say about that.

A similar situation also applies to EMX’s Leeville asset. Leeville is a large mining complex; EMX’s royalty applies to certain parts of it. Nevada Gold Mines (the Barrick-Newmont joint venture that operates Leeville) doesn’t calculate reserves or generate mine plans specific to EMX’s part of Leeville, so it ends up as another EMX asset for which it’s hard to accurately estimate value. (It helps that Leeville has been paying out to EMX for years, so looking back helps look ahead, but still.)

Royalty companies across the board had a bit of a negative re-rating in 2021. The shine came off the sector to some extent, you could say. Add in end of year/tax loss selling and EMX was perhaps a good buy even before this news. Now it really is, especially because Gediktepe is about to start paying (a lot) and Q1 is reliably a good period for gold companies.

EDITORIAL POLICY AND COPYRIGHT: Companies are selected based solely on merit; fees are not paid. This document is protected by copyright laws and may not be reproduced in any form for other than personal use without prior written consent from the publisher.

DISCLAIMER: The information in this publication is not intended to be, nor shall constitute, an offer to sell or solicit any offer to buy any security. The information presented on this website is subject to change without notice, and neither Resource Maven (Maven) nor its affiliates assume any responsibility to update this information. Maven is not registered as a securities broker-dealer or an investment adviser in any jurisdiction. Additionally, it is not intended to be a complete description of the securities, markets, or developments referred to in the material. Maven cannot and does not assess, verify or guarantee the adequacy, accuracy or completeness of any information, the suitability or profitability of any particular investment, or the potential value of any investment or informational source. Additionally, Maven in no way warrants the solvency, financial condition, or investment advisability of any of the securities mentioned. Furthermore, Maven accepts no liability whatsoever for any direct or consequential loss arising from any use of our product, website, or other content. The reader bears responsibility for his/her own investment research and decisions and should seek the advice of a qualified investment advisor and investigate and fully understand any and all risks before investing. Information and statistical data contained in this website were obtained or derived from sources believed to be reliable. However, Maven does not represent that any such information, opinion or statistical data is accurate or complete and should not be relied upon as such. This publication may provide addresses of, or contain hyperlinks to, Internet websites. Maven has not reviewed the Internet website of any third party and takes no responsibility for the contents thereof. Each such address or hyperlink is provided solely for the convenience and information of this website’s users, and the content of linked third-party websites is not in any way incorporated into this website. Those who choose to access such third party websites or follow such hyperlinks do so at their own risk. The publisher, owner, writer or their affiliates may own securities of or may have participated in the financings of some or all of the companies mentioned in this publication.

It’s Just the Beast Under the Surface at Sandman