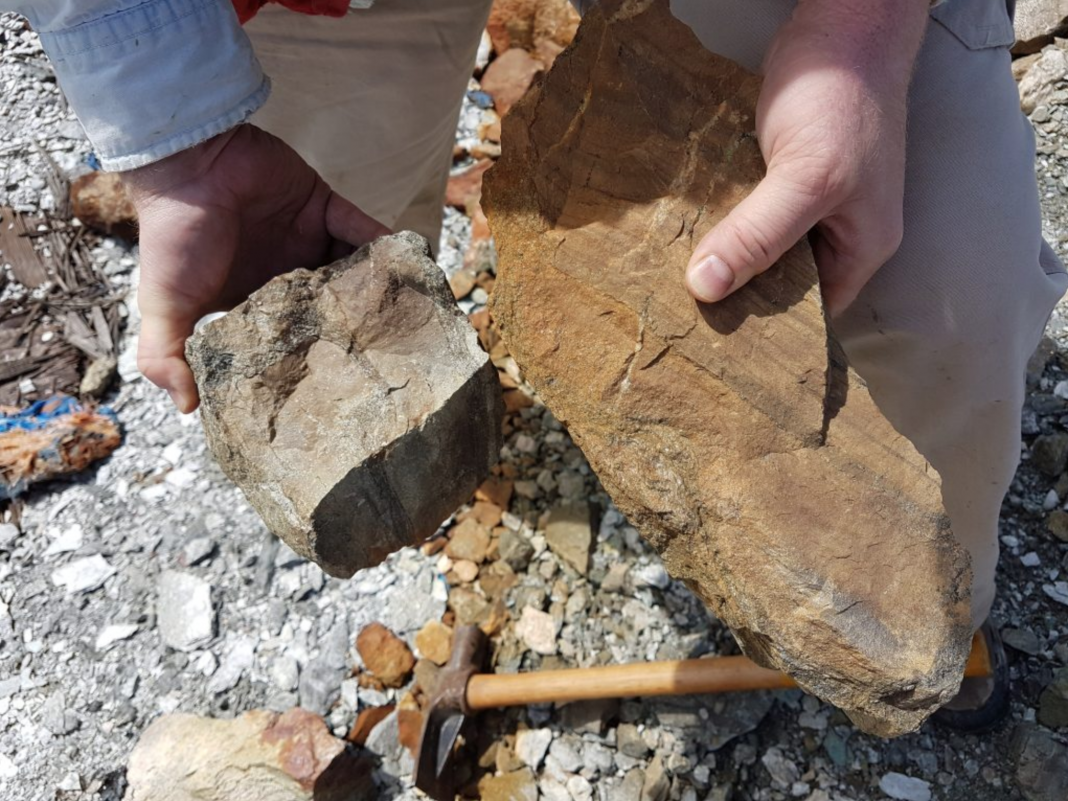 Despite the copper price experiencing some strong moments in the past few weeks and months, the share price of Kutcho Copper (KC.V) barely moved. That’s a surprise, as the market seems to be forgetting about the company’s flagship project which boasts a C$265M NPV on an after-tax basis, and using a discounted copper and zinc price. Kutcho has now started its summer exploration program which consists of 12,000 meters of drilling, and the assay results should result in an increased confidence level in the resource estimate and mine plan, and improve both.

But Kutcho Copper is trying to create shareholder value on other fronts as well. Together with some highly respectable partners, it has launched MineHub Technologies that uses blockchain technology to increase and improve the efficiency of the mining sector.

MineHub Technologies: the next shiny thing, or a valid business direction?

Just last week, Kutcho Copper announced the launch of MineHub Technologies, a technology company that will use blockchain technology to ‘develop a new generation of applications for the metals and mining industry’. It looks like the first few steps taken by MineHub will focus on improving the visibility and traceability in the supply chain. This would be useful for streaming companies as it would enable them to track the production process from the excavation phase all the way to the smelting process.

Although Kutcho Copper hasn’t provided a lot of details just. We don’t know the company’s equity ownership in MineHub Technologies, nor the budget allocated to this venture. And even the partners remain unnamed. Kutcho mentions ‘a senior mining company’, a ‘large streaming company’ and ‘an international concentrates trading company’ as its main partners, but hasn’t provided the names just yet.

However, considering Kutcho Copper already has a working relationship with Wheaton Precious Metals (WPM, WPM.TO), we would be surprised if the ‘large streaming company’ mentioned in the announcement would be a different streamer.

Meanwhile, ground activities at the Kutcho project are in full swing

Whilst MineHub Technologies is an interesting new thing that could (and very likely will) result in extra attention from the market and potentially attract a new set of investors, we shouldn’t forget about the basics. Kutcho Copper’s main business plan still is to develop the Kutcho Copper asset in British Columbia.

As you obviously remember from our introduction report (see here), KC acquired the property from Capstone Mining at the end of last year, and has since developed a strategic plan to advance the project towards feasibility and construction. 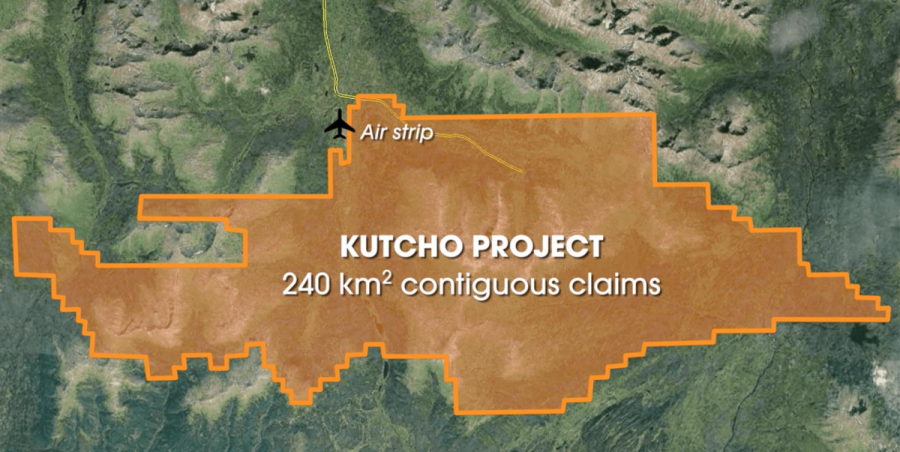 Approximately three weeks ago, Kutcho Copper has started its drill program at the Kutcho Copper-Zinc project, and this summer exploration program will be executed with two drill rigs. Rather than just completing some infill drilling, Kutcho Copper would like to get a lot more things done: resource expansion is high on the agenda (as more tonnes at a similar or even slightly lower average grade will undeniably have a positive impact on the Net Present Value of the project), but KC is also planning to gather as much information as possible on the geotechnical and metallurgical side of the project. Boosting the recovery rates by just 1 or 2% could already have a substantial impact on the economics, so it definitely makes sense for Kutcho Copper to start optimizing its flow sheet.

Kutcho plans to drill 12,000 meters throughout the summer, and anticipates to finish the exploration program by mid-October, before the weather turns. As drilling has started halfway June, we expect to see some initial drill results by early August. We expect the labs to be quite busy with core coming in from the Golden Triangle district, which might result in delays. 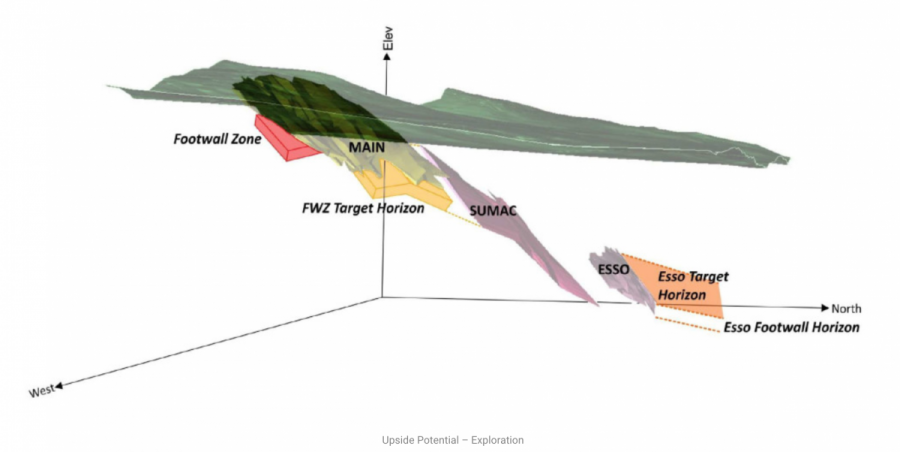 And Kutcho Copper is also thinking further ahead. The company has entered into an agreement whereby it could earn a 100% interest in the TCS property, which is less than 100 kilometers away from its flagship property.

This acquisition underpins the company’s regional approach. Its technical team has confirmed the rocks underlying the TCS project are the same Kutcho Formation rocks that have been detected in the immediate vicinity of the mineralized envelopes at Kutcho. Of course, this doesn’t mean Kutcho Copper will be able to replicate its successful exploration model at TCS, but the existing 600-meter by 800-meter zinc and copper anomaly appears to be a good start. The location is also quite ideal, as the TCS claims are very close to the proposed haul road for the flagship Kutcho copper project.

And Kutcho isn’t betting the farm on the TCS property. It will have to pay C$135,000 in cash in the first three years of the option agreement, issue 150,000 shares over a 4-year period and issue a 2% NSR to the vendors. Half of the NSR could be bought back for a fixed fee, which depends on the stage the project has reached before KC decided to exercise the 1% NSR buyback right. 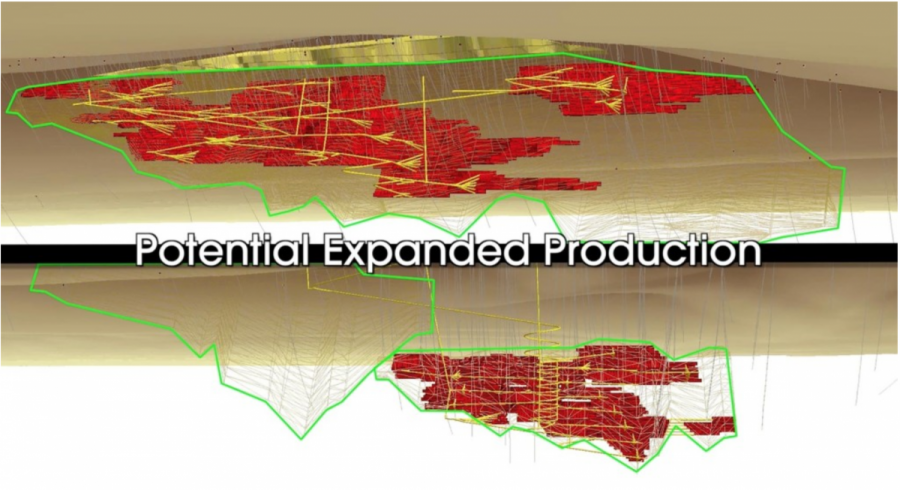 So, as far as we’re concerned, the Kutcho Copper project appears to be very robust on a technical and economical basis, and we think permitting will be the most important part of the puzzle to bring the project in production. Whilst British Columbia is still open for new mining projects, Kutcho Copper will have to make sure it doesn’t cut any corners. A good example is the recent denial of an environmental (and operating) permit to Poland-based KGHM for its Ajax project in British Columbia.

Fortunately, Kutcho Copper doesn’t have to deal with the same issues KGHM was facing, and the company has already restarted the baseline studies. Capstone Mining (CS.TO) initially started the environmental baseline studies, and KC has access to and is able to use the Capstone data as well. In the announcement of the baseline study restart, Kutcho’s CEO explicitly mentioned the environmental studies and the relationship with the First Nations as key elements to get the project permitted.

And that’s what we like to see and hear. As long as Kutcho Copper continues to hold these values in high regard, we are sleeping very well at night. 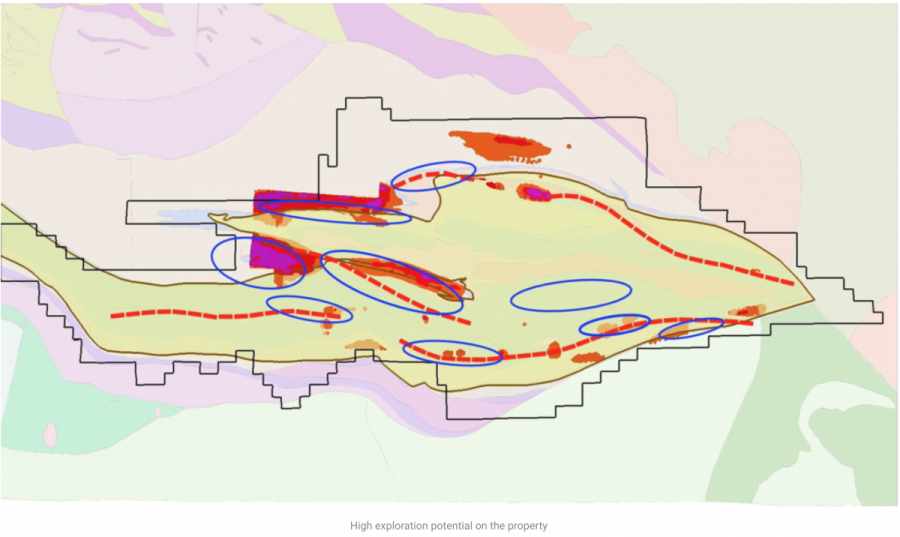 The copper market: a quick overview

Another potential important factor for the copper price might be the labor contract discussions at the main mines. Codelco and Antofagasta (ANTO.L) have done great jobs in keeping their labor force in Chile happy, but some of the larger copper mines still have to deal with contract negotiations later this year.

Whilst we expect most of the labor negotiations to have a positive outcome and will result in new contracts and agreements, it’s not unlikely some companies won’t be able to avoid strikes which could have a negative impact on the worldwide copper supply. These labor negotiations are a continuous process, and once one deal has been completed on one mine, another mine needs to figure out new contract details and bonuses as well.

The copper price has recently come down a bit, based on the fears of a worldwide trade war, and the increase of the copper stocks at the Shanghai Exchange. That being said, the build-up of inventory in China appears to be completely due to seasonal effects. According to brokerage house Canaccord Genuity, the production results from Chinese (copper) smelters remained strong, which resulted in a lower premium for refined copper in the first few months of this year. The next chart, provided by Canaccord Genuity, shows the general trends of the copper inventory buildup on a short-term and longer-term basis.

And the beautiful thing? Kutcho Copper doesn’t even need higher copper prices to make the Kutcho project work. The pre-feasibility study, which was completed in June last year, used a base case copper price of $2.75 per pound (and a zinc price of $1.1/pound). That’s a discount of almost 10% compared to the current copper price. Using $2.75 copper, the after-tax NPV8% came in at C$265M with an Internal Rate of Return of almost 28%.

If we would apply a copper price of US$3/pound and a zinc price of $1.20 per pound, the after-tax NPV8% would increase towards C$300M (the $3 copper price scenario provided by the company also includes a higher gold and silver price and an USD/CAD exchange rate of 1.29). KC’s scenario resulted in a NPV of C$316M, but we will be a bit more conservative given the current spot prices for gold and silver. 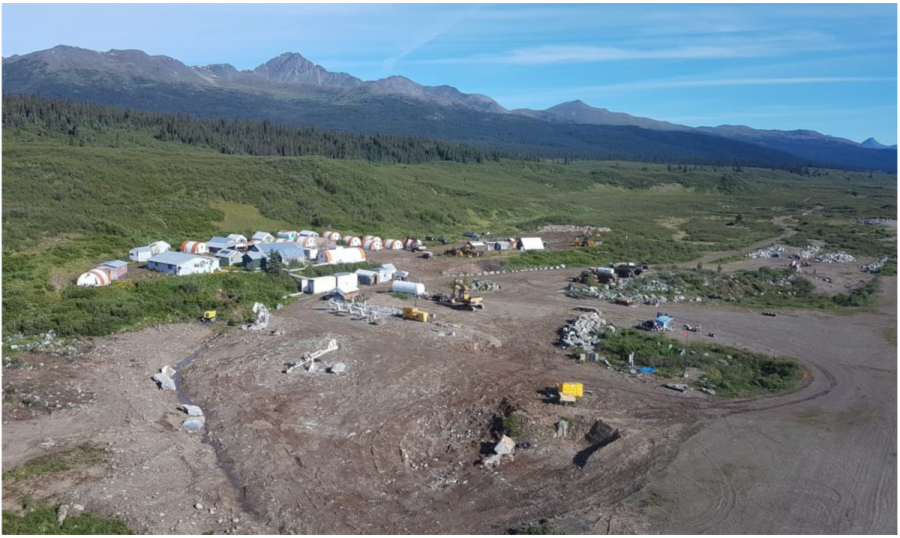 Kutcho Copper continues to keep its eye on the real prize: its flagship Kutcho Copper project in British Columbia. Drilling has started, and we expect the first results to come in the next few weeks. It will be great to see if the company’s exploration results will indeed reward the company with a larger resource estimate, enabling it to re-think and optimize its mine plan.

Disclosure: Kutcho Copper is a sponsoring company. We have a long position. Please read the disclaimer